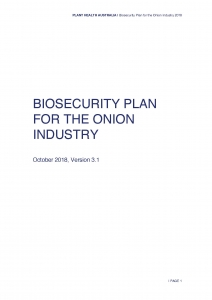 The Onion Industry Biosecurity Plan was reviewed and completed in 2018.

The existing IBP provides a framework for biosecurity risk mitigation measures. It underpins the core procedures that can be put in place to reduce the chance of pests and disease affecting the onion industry, as well as minimising the impact if an incursion does occur.

The importance of vigilant biosecurity

A founding member of the Onions Australia Industry Advisory Committee, Steve Rathjen has become a driving force for biosecurity awareness in the onion industry.

December 2016 marked 15 years since a small corner of his Murraylands property in South Australia was detected with onion smut, which requires a 15 year quarantine period from all allium crops.

The noxious disease first came in to Australia in early 1940s. It can devastate crops and can lie dormant in the soil for fifteen years.

“To go through something like that is huge,” Mr Rathjen said.

“It absolutely changed everything for us.”

Mr Rathjen was a significant contributor to the creation of the first biosecurity plan for onion growers in Australia.

“A lot of other pests come in on other crops and there are anywhere from 50 plus incursions a year into the country so that’s a considerable number,” he said.

“There are 12 pests and diseases considered high risk that we don’t have in the onion industry here in Australia yet but we can’t afford to rest easy and hope it stays that way,” he warned. 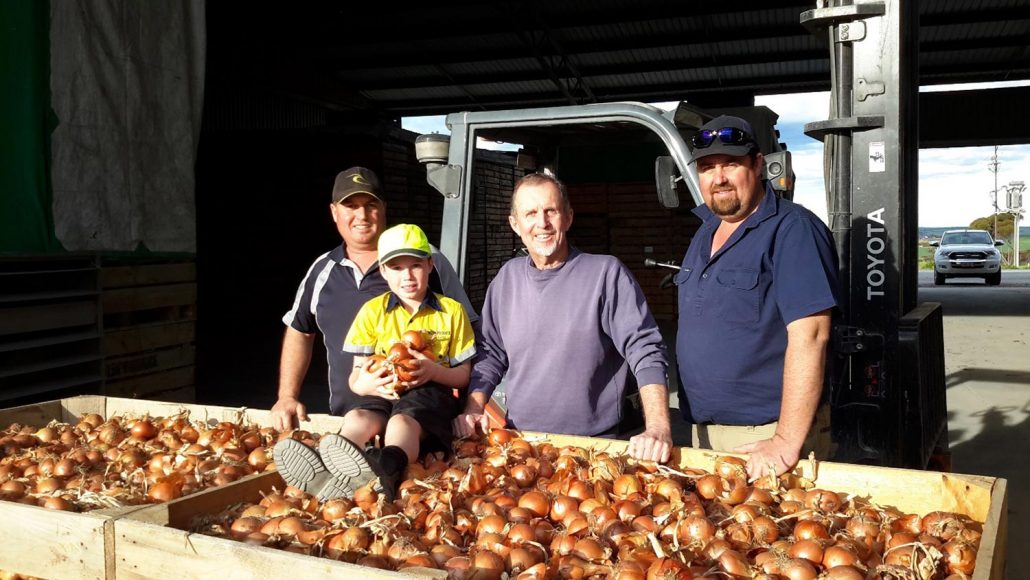